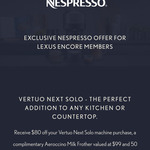 Offer also comes with a free milk frother and 50 free capsules "worth" $144.

Not sure if the machine is any good. I generally settle with whatever that is on sale at the supermarket, or my local barista for a real coffee.

In case anyone looking for a Lexus deal to get this discount, a brand new NX being revealed today. 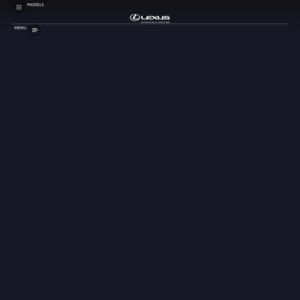 Nespresso Vertuo Next
by DeLonghi