This was posted 9 years 5 months 20 days ago, and might be an out-dated deal.

Just popped onto the SKINS website and came across their up to 80% off sale. A few examples -

The Ladies section seems to be very limited in sizes, only had XL in what I was interested in hence ended up buying Mens XS in what I was after.

Youth items are also on sale. 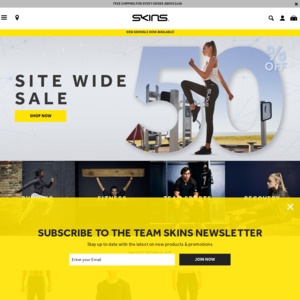