Ruth Bader Ginsburg: My own words $16.50/David Attenborough: A Life on Our Planet: My Witness Statement $19.80 - Amazon AU

Great prices for two books by two fantastic people that I personally admire and draw inspiration from. According to 3C these are the all time lowest prices on Amazon.

Ruth Bader Ginsburg: My own words: https://www.amazon.com.au/Own-Words-Ruth-Bader-Ginsburg/dp/1... (Sold by Nyun Announced and fulfilled by Amazon)

David Attenborough: A Life on Our Planet: My Witness Statement and A Vision for the Future: https://www.amazon.com.au/gp/aw/d/1529108276 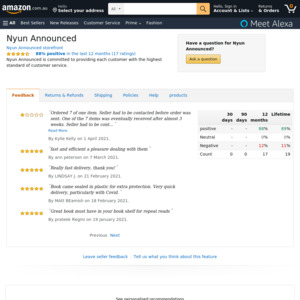