Since 13 august on Prime AU. All movies including #4 released this year. Enjoy. 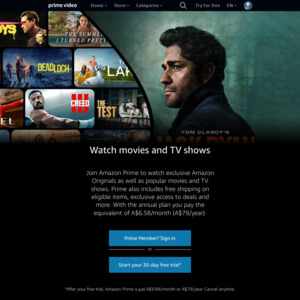