Sign up to both Melbourne and Western Bulldogs with the same email you use for mymaccas app and you will get a free big mac in your rewards after they win. 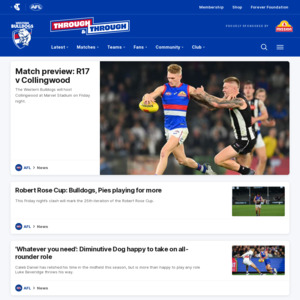