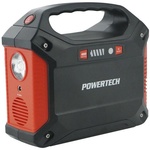 These are a clone of the Aimtom/Rockpals models (all the same, just different sticker).
Usually $249-$269 and on sale here for $199. Comes with cables for cigarette lighter and solar attachment. I believe it also has passthrough charging according to this review.
Cheap but sounds like a decent little unit for the price. 17 left showing in stock.

From their website - plenty of reviews around.
This is a fantastic product for travelling and camping. Firstly, it is a multipurpose power bank that can be charged from 240V mains or a solar panel via it’s built in MPPT charger. In other words, it can provide a campsite power completely independent from AC power charging, but provides AC and DC power itself!
This is what it does:
• It is a 100W 240V Inverter (modified sine wave)
• It provides 12VDC to 3 separate points. 9-12V at up to 15A. Ideal for a low voltage lighting system.
• It has 3 x USB charging ports (Up to 6A shared)
• It has a bright LED camping light built-in
This is how it does it:
• It has a high quality lithium Ion battery bank inside (155Wh)
• It has a 240V AC adaptor/charger, 15V, 2A
• It comes with a solar panel charging lead (MC4 connectors)
• It has an in-car charger adaptor
Supplied with mains charger, in-car charger, solar charge lead, DC to Cigarette lighter socket lead and user manual. 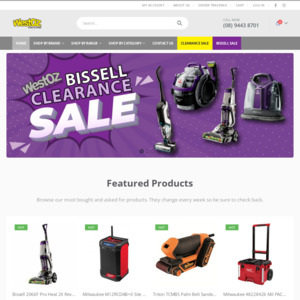