itch.io is running a jumbo bundle inspired by recent US events. $10 minimum purchase price for 790+ items, with more to be added until the 7th of July.

100% of the proceeds from this bundle will go to the National Network for Abortion Fund's Collective Power Fund, which moves money directly to abortion funds across 20+ U.S. states, with a particular focus on the South and Midwest (where it is often most difficult to get access to abortions). NNAF’s partnerships with these abortion funds provide direct resources and funds to many of the people most impacted by Roe v. Wade, towards immediate action.

All games are DRM-free, and can be downloaded and installed from the itch.io website. No Steam keys or similar are provided.

I haven't yet perused the list for good items (or sought out posts from people that have done so), but feel free to share in the comments. 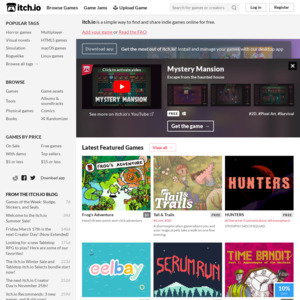