This was posted 6 years 11 months 22 days ago, and might be an out-dated deal.

Animeworks would like to celebrate what has been a great summer and to keep it on a high we have this AWESOME deal for you!

As per all Animeworks orders, free shipping on all orders over $50

*Please note that cake may or may not be included with purchase. 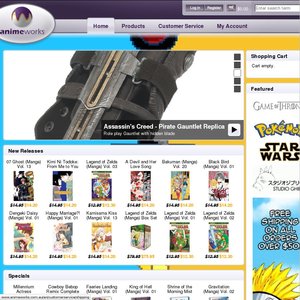