This was posted 7 years 10 months 14 days ago, and might be an out-dated deal. 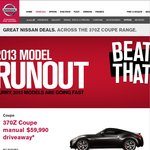 You may have won the lotto, commenced your mid-life crisis, or perhaps you love nothing better than burning rubber and drifting (keep it in the track).

I've driven the 370z and its a hoot to steer, built like a Swiss watch and goes like the clappers.

Shameless cut and paste is below:

*Maximum recommended driveaway price for new 370Z Coupe manual models ordered and delivered between 1/11/13 and 31/12/13 including dealer delivery and statutory charges. Prices may vary between dealers. Nissan reserves the right to vary or extend this offer. Premium paint available at additional cost. 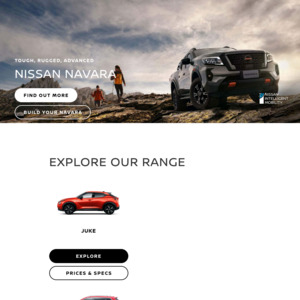