This was posted 7 years 6 months 17 days ago, and might be an out-dated deal.

Cheapest so far for an air fryer?
EDIT - Rank Arena on Deals Direct is same price

Up to 80% Less Oil than a conventional Deep Fryer
This outstanding Air fryer cooks crisp, mouthwatering fried food with minimal oil. By cooking without oil, the dangerous hassle of disposing of hot, odoriferous cooking fat is eliminated.
With all components dishwasher safe, cleanup is a breeze.
Features: 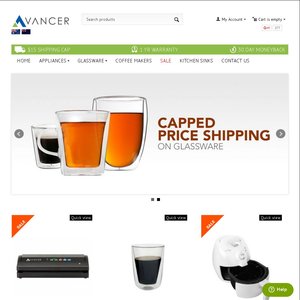