This was posted 7 years 5 months 24 days ago, and might be an out-dated deal. 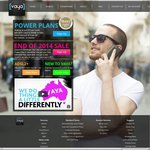 Simply order online, add it to your account and activate your service before December 31st 2014 and your SIM delivery will be free (normally $20) and you'll get a month's access added as a credit on your account!

For me the $18 Vaya plan is still the best going around so well worth signing up now if you have been thinking about it.

Vaya in on the Optus 4G network 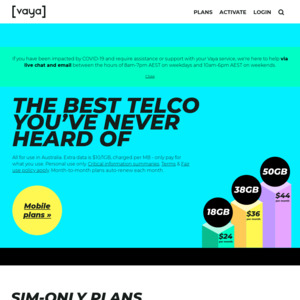