This was posted 4 years 9 months 11 days ago, and might be an out-dated deal.

Save up to $225 on our new Xiaomi bundle deals. Bundle the products you love and enjoy bigger discounts at RoboGuy. All products are in-stock in Australia and come with Free Shipping Australia-Wide. All of the products we sell are backed by a 1 Year Warranty plus great Australian support. So hurry over to www.roboguy.com.au as these prices won't last long.

The Bundle Includes The Following: 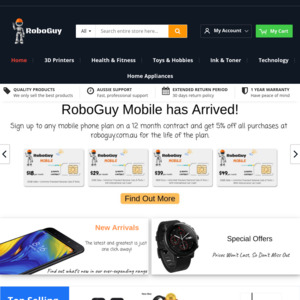