This was posted 3 years 2 months 4 days ago, and might be an out-dated deal. 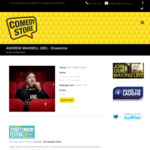 The coupon code seems to be offering an option of a half priced ticket so not sure if 2 tickets must be purchased to be eligible.

“One of the most significant comedians working in the country today” ★★★★★ - Independent
"Showtime is a masterclass in mirth, sublime timing, killer punchlines" ★★★★★ - The Herald
"Hilarious… A must see" ★★★★★ - Voice Magazine
"An unstoppable hour of mojo-fuelled mischief" ★★★★ - The List
"Absolutely superb! Go see him now!" ★★★★ - The Sunday Express

As seen on Live at the Apollo (BBC One), Have I Got News for You (BBC One), Celebrity Juice (ITV2) and Mock the Week (BBC Two). 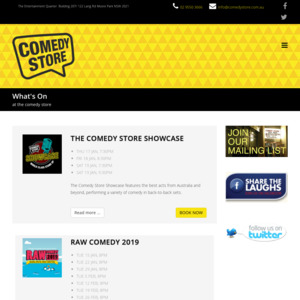