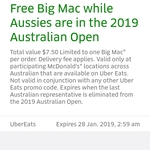 I noticed that big Mac's are now free while a aussie is still in. Comes up as $8 $7.50 credit in my account

Mod: Title updated. Whilst the promo is advertised as 'Free Big Mac', the Coupon code appears to take $8 $7.50 off your McDonald's order, regardless of what you order. Delivery fee applies. Similar to the previous deal but with a bigger discount.

$10-$15 credit for both referrer and referee. Cannot be stacked with new user signup codes. 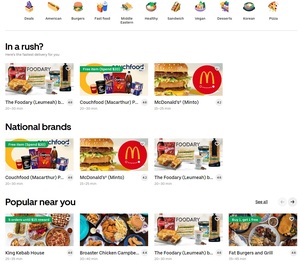