This was posted 2 years 10 months 2 days ago, and might be an out-dated deal.

Love watching the women's league. As tough as it gets too. Enjoy :) 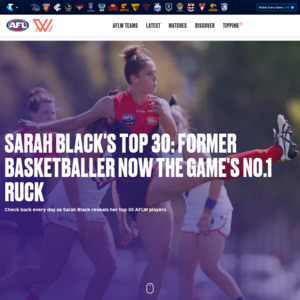