This was posted 1 year 8 months 7 days ago, and might be an out-dated deal. 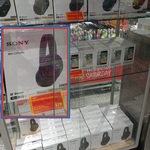 As cheap as Aldi's truffle chips, which is sold out this arvo, dang it.

Plenty of stocks. Must be unwanted leftovers.

Lowest was $131 refurb. Naaaah, this is better.