This was posted 3 years 9 days ago, and might be an out-dated deal.

30% discount on a preorder of the new Nuraphone wireless headphones called the Nuraloop.

Having a wire between the buds seems quite dated but there's good tech in there which determines your ideal sound profile automatically. Also has quite a large battery which provides a claimed 16 hours of use per charge.

Referee gets 20% off first purchase. Referrer gets one free Nuraphone after 6 referees purchase a Nuraphone and keep it for 30+ days. 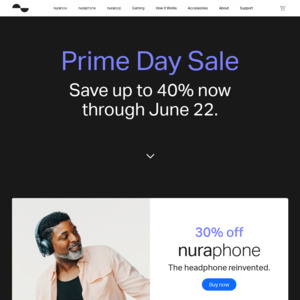