This was posted 1 year 5 months 1 day ago, and might be an out-dated deal.

Just grabbed one myself and don't recall seeing these listed yesterday when browsing their ebay store. Haven't tried it myself but was popular when last posted by XeKToReX

Goose Island has led the craft beer movement in the

United States for almost three decades. Inspired by a

brewpub in what was then a rundown neighbourhood in

his hometown of Chicago, and started making

experimental beers on site. It was a gutsy move, which

Today Goose Island is one of America’s foremost craft

breweries, and has a well-earned cult following for

creating award-winning, innovative beers which both

redefine classics and push the limits of what beer can be.

In 2017 Goose Island is proud to be brewing our newly developed Midway Session IPA in Australia. 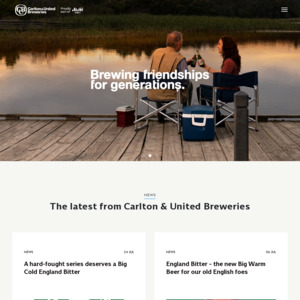