Many people would be aware that the original Olympus OM-D E-M5 set a bench mark for M4/3 when it was released. This is the improved MK II version. It's not the latest but is pretty good for the price.
Cheaper than their EBay store's recent reduced price (even taking into account the EBay's discount code). Postage is $16.50. If you are in WA, pick it up from their 2 stores to save postage.
Or you can buy from EBAY with PRETZEL10 for $422 + $10 Express post https://www.ebay.com.au/itm/Olympus-OM-D-E-M5-Mark-II-Mirror...

What does this have over the OMD EM10 MK II? Weatherproof body, better EV, articulated LCD, faster shutter speed, sensor shift high res, better IBIS, wireless RC flash. IF you can afford an extra $100 bucks or so, I think the extra features speak for themselves.

Summary:
The black Olympus OM-D E-M5 Mark II Mirrorless Micro Four Thirds Digital Camera combines a 16MP Live MOS sensor with a TruePic VII Image Processor for increased performance speed and reduced noise throughout the ISO range as compared to TruePic VI. The Mark II also improves upon its predecessor by utilizing a 5-axis VCM Image Stabilization that provides up to 5 stops of compensation. Full HD 1080p video recording is now available on the Mark II with a higher bitrate of up to 77 Mb/s and various codecs. Built into the E-M5 Mark II is a unique feature that utilizes sensor shift to produce a 40MP image by combining 8 images in-camera.

The camera's fully articulated 3" touchscreen LCD monitor makes taking self portraits easy, and the built-in WiFi lets you quickly share your images. When not using the LDC monitor for live view, the 2,360k-dot EVF provides a virtually lag-free view with a 1.48x magnification. 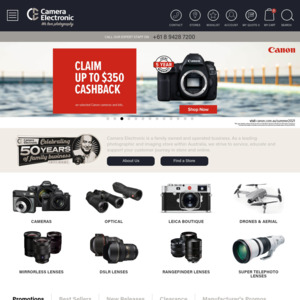