This was posted 2 years 1 month 10 days ago, and might be an out-dated deal.

Roborock S5 Max is the latest Roborock model. Compared to the S5, S6 and earlier models it has a more effective mopping system and better software. The reviews have been excellent: https://www.youtube.com/watch?v=VSkw5FFur7Y. I have had the original Xiaomi Mi Vacuum for a few years now and it is sensational but I'm looking forward to not having to mop my floors any more.

It's been available on Aliexpress for a few months but due to the low Aussie dollar, the chepaest I've seen it is around $750 ex GST. With the gift card, plus an Australian warranty, this is a pretty good deal. It is limited to the first 500 customers, but as far as I'm aware this offer only went live today.

It doesn't ship until 4 May, but if you ordered one from China today, you wouldn't get it much sooner than that anyway.

Note that a newer model, Roborock T7, was released in China at the end of March which has similar features but with more suction power, but there's no indication of when that will be available globally. 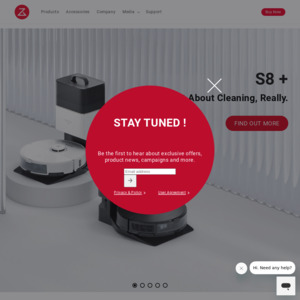