GreenGrofers, the online retailer for healthy foods, is offering

Grab it before it goes out of stock! Discount will appear in checkout page. 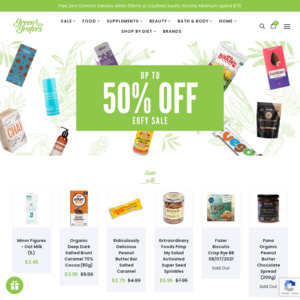