If you buy 4 boxes with the $20 off $50 code, it equals to $8.95 per box or 18c a pop, hopefully this is useful for someone. Yes you may find cheaper mask elsewhere, but I doubt it's a genuine level 2 AS 4381:2015. Those non-surgical masks are now sold at the price it should be. Our core business before we launch retail is supplying health practices across Australia so I could vouch for the quality of the brands we sell.

It has been a month since we launch our retail website, and I just want to say thank you ozbargain for the support and feedback! I hope they will consider a proper rep here so I can continue negging JV in the background ;)

T&Cs:
- Code can only be used once per account
- Valid for purchases above $50 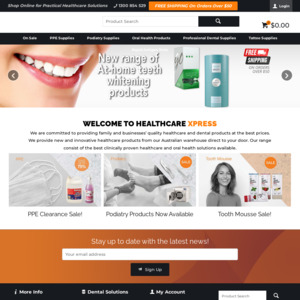