This was posted 8 years 3 months 4 days ago, and might be an out-dated deal.

Melbourne to Hong Kong Return for $768 with Virgin Atlantic

Melbourne to Hong Kong return for $768 economy with Virgin Atlantic.

Deal is similar to Qantas and Cathay deals, except that this flight is not a direct flight, with stopover in Sydney.

This deal is not advertised (yet), so I do not have have exact travel dates, but from a basic search it's valid for dates from Feb to Jun 2012 for most flights.

Good deal if you live in Melbourne!

Also, Sydney to Hong Kong return is $764 economy, which is cheap, but not as the current
Qantas or Cathay deals 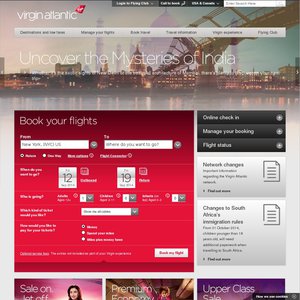