Asia is Earth's largest and most populous continent, located primarily in the Eastern and Northern Hemispheres. It shares the continental landmass of Eurasia with the continent of Europe and the continental landmass of Afro-Eurasia with both Europe and Africa. Asia covers an area of 44,579,000 square kilometres (17,212,000 sq mi), about 30% of Earth's total land area and 8.7% of the Earth's total surface area. The continent, which has long been home to the majority of the human population, was the site of many of the first civilizations. Asia is notable for not only its overall large size and population, but also dense and large settlements, as well as vast barely populated regions. Its 4.5 billion people (as of June 2019) constitute roughly 60% of the world's population.In general terms, Asia is bounded on the east by the Pacific Ocean, on the south by the Indian Ocean, and on the north by the Arctic Ocean. The border of Asia with Europe is a historical and cultural construct, as there is no clear physical and geographical separation between them. It is somewhat arbitrary and has moved since its first conception in classical antiquity. The division of Eurasia into two continents reflects East–West cultural, linguistic, and ethnic differences, some of which vary on a spectrum rather than with a sharp dividing line. The most commonly accepted boundaries place Asia to the east of the Suez Canal separating it from Africa; and to the east of the Turkish Straits, the Ural Mountains and Ural River, and to the south of the Caucasus Mountains and the Caspian and Black Seas, separating it from Europe.China and India alternated in being the largest economies in the world from 1 to 1800 CE. China was a major economic power and attracted many to the east, and for many the legendary wealth and prosperity of the ancient culture of India personified Asia, attracting European commerce, exploration and colonialism. The accidental discovery of a trans-Atlantic route from Europe to America by Columbus while in search for a route to India demonstrates this deep fascination. The Silk Road became the main east–west trading route in the Asian hinterlands while the Straits of Malacca stood as a major sea route. Asia has exhibited economic dynamism (particularly East Asia) as well as robust population growth during the 20th century, but overall population growth has since fallen. Asia was the birthplace of most of the world's mainstream religions including Hinduism, Zoroastrianism, Judaism, Jainism, Buddhism, Confucianism, Taoism, Christianity, Islam, Sikhism, as well as many other religions. 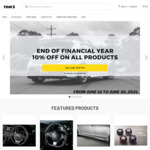 Not as great as the previous 15% off but it's looking like that was a one off. Prices are rarely slashed as margins decrease and logistics, taxes and duties continue to squeeze harder and harder …

Happy New Year 2021. Tozerba stands for “TokO Zerba Ada” which literally translates to “Shop that you can find anything!” in English. Visit our website …

Tozerba is the most complete Indonesian online grocery store in Australia. Tozerba stands for “TokO Zerba Ada” which literally translates to “Shop that you can find anything!” in … 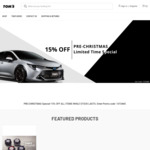 Not sure if there are many Toyota/Lexus brand enthusiasts, but I thought I'd post this up just in case. We're the official Australian distributor for TOM'S Racing JP, an authorised … 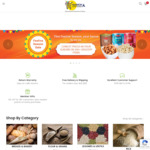 Get flat 5% discount @NAMOHSUPERMARKET on your daily grocery needs with additional benefits that include: Free delivery for Northern and Western Suburbs of Melbourne, Australia Wide Delivery also … 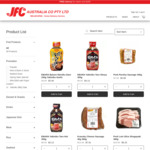 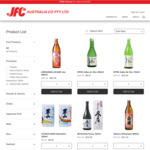 Why Do Australians Love to Travel to Japan?

From other topic, it seems Australian loves to travel to JAPAN https://www.ozbargain.com.au/node/561274 Why should we go / not go to Japan? I know someone who forgot the phone in bus in Japan, … 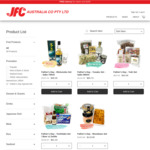 Found this online and seems like a deal that's too good to be true. ($69.99 at Dan Murphys) Japanese Suntory …

There are currently three short videos (you could probably finish watching them in the same time as reading this description) with more possibly in coming weeks. Photography and videos are prohibited …

On a full service airline, from Australia to Japan from $500? This is unreal. Coronavirus or not, keep an eye on the news and make the decision yourself. Japan seems to have kept their numbers from …

Jet off to Japan and take on Tokyo with these terrific fares from Qantas! Travel during October/November 2020. All bags and meals included! Fares and dates can be found in the OP link. 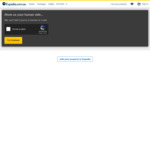 Yes, Coronavirus. But on the other hand, have you EVER seen it this cheap to South Korea? If you're needing to go anyway… Also, low cost carrier, so no checked luggage included by … 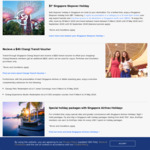 Looks like a better offer than previous $1 stopover deals as it now allows two nights accommodation instead of one. Add stopover holiday in Singapore en-route to your destination. For a limited … 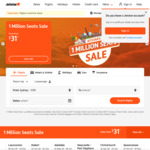 Variety of dates from May to December, excluding holidays. Jetstar is a low cost carrier, so checked luggage / food is extra. Evidence: https://imgur.com/a/RmrKvOo Expires March 10! 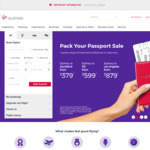 Available on select travel dates when you use the code. Destinations include Australia, New Zealand, London, Japan and more. T&Cs apply. Book by 30 September 2020. Takes 10% off Getaway, Elevate …

UPDATE: Qantas Are having a massive sale to the US including Los Angeles from $663 return. See all Qantas Sale Fares here Just scouted Qantas sale fares to Tokyo from $575 return. Click through for …

Just playing around with dates, as I do, and found $598 Return on Skyscanner (although it's $600 when you click through). Qantas, so all bags etc included. Dates I found are in June.

Most voted active or upcoming deals from the last 7 days.