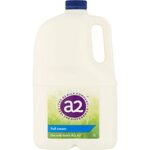 Credit to price hipster
Normal price is $7.95 online at Woolworths