This was posted 8 months 6 days ago, and might be an out-dated deal.

CoinSpot is at it again with their Valentines Day bonus referral credit, for new users signing up and making a deposit.

If you signed up last year, and held your BTC — you'll be up over 500% (so that $20 of BTC is now worth over $100!). Use a referral code from the OzB referral system and spread the love this Valentines Day!

There is plenty of options for making a deposit, including:

$10 AUD worth of Bitcoin for referrer and referee. 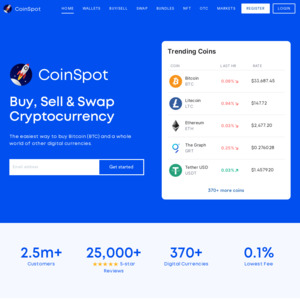