Save up to 15% on Your Comprehensive Car Insurance Policy + 20,000 Everyday Rewards Points @ Woolworths Insurance 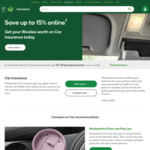 This is worth $100 in groceries at Woolworths.

I also tried the long running CARX03 code which is marked as expired and it also worked and gives you an e-gift card. There are two differences:

With effectively $100 discount, the premium for me is pretty reasonable and is less than the renewal premium I just received.

I used a similar deal last year and had to chase them after 45 days but I eventually got the points. 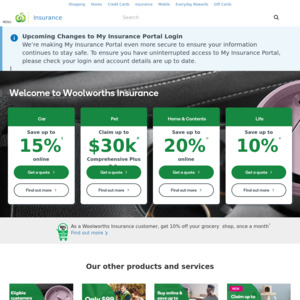