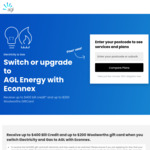 To receive the full $200 gift card both Electricity and Gas needs to be switched. Please ensure if you are applying for Gas, that your property has the ability for Gas to be connected.
You must be the authorised person on the Energy/ Gas account for the property.

A valid phone number and email address needs to be provided.

Econnex does not charge you for using their services.

Fine Print
• Switch your electricity and gas ONLINE and receive up to $200 GiftCard
• Sign Up Your Electricity & Gas on an AGL Residential Plan & Get Up To $400 In Credits.
•. For NSW and VIC customer you can get up to $25 credit on your electricity bill and up to $25 credit on your gas bill every 3 months for 24 months. That’s up to $400 off your energy bills with AGL. If you leave before the end of the quarter, the bonus credit will be paid on a pro-rata basis.
• For QLD customers you can get up to $160 for Electricity and up to $160 for Gas credit is applied over 24months.
• You will receive $100 Woolworths eGift Card when you switch your electricity only with Econnex.
• You will receive $100 Woolworths eGift Card when you switch your gas only with Econnex.
• Econnex is undertaking this offer on behalf of the retailer.
• Offer valid from 10th Apr 2021 until 30th April 2021.
• To be eligible to receive the Woolworths eGift Card you must signup up online via Econnex and have successfully switched your energy supplier via Econnex.
• This offer cannot be used in conjunction with any other corporate offer or discount.
• You must be aged 18 or over. Econnex may request you to provide a copy of your valid ID for identification purposes.
• Not available in SA, NT, WA, TAS, or outside of the Energex network in QLD or non-quotable meters
• Eligible Recipients will receive Woolworths eGift Card by email up to 120 days after successfully switching your energy.
• In case the switch or connect is canceled within the first 30 days the transaction would be deemed invalid.
• The Promoter is CIMET Sales Pty Ltd ABN 72 620 395 726 referred to herein as ‘Econnex’ (Promoter). Econnex is powered by CIMET.
• Woolworths Group Ltd ABN 88 000 014 675 is the issuer of the Woolworths WISH Gift Card, but is not the promoter of the offer, nor responsible for fulfilment of the offer terms. Woolworths WISH Gift Cards are redeemable at participating stores only. Gift Cards are valid for 3 months. For a list of participating stores and full Gift Card Terms and Conditions visit https://everydaygiftcards.com.au/
• Econnex Terms and Conditions: https://www.econnex.com.au/terms-and-conditions/
• Econnex Privacy Policy: https://www.econnex.com.au/privacy-policy/ 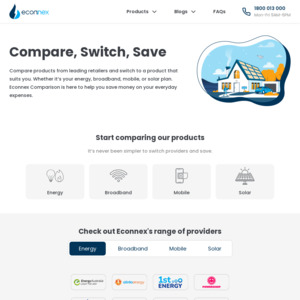 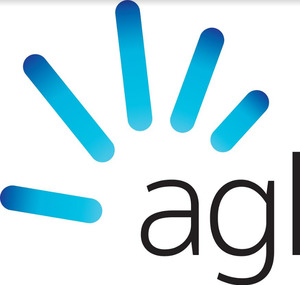