This was posted 1 year 9 days ago, and might be an out-dated deal. 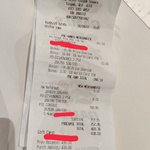 Limited stock. Just called my local store and they said they had stock. Showed up and grabbed one. They told me they still had a few more in stock.

Managed to trade in my PS4 Pro. Had to buy a game for cheap to trade it in as well.

Mod: Also reported at Cannon Hill QLD to have 6 or 7 left. Check your local.