We have new deal for those smart home enthusiasts out there. The deal finishes on Sunday at midnight unless we sell out earlier. We have more than 20 in stock in Australia.

Hubitat is changing how people live with smart devices by enabling them to Elevate Their Environment.

By combining the advantages of local automation processing with cloud IoT connectivity, Hubitat's innovative Hubitat Elevation hub ensures personal data privacy and is more reliable and responsive than competitive cloud-based solutions. Hubitat Elevation is compatible with popular home automation devices, comes with a variety of built-in apps, and has an active

It comes with a variety of built-in apps, and has an active user community to share ideas, insights, and solutions. 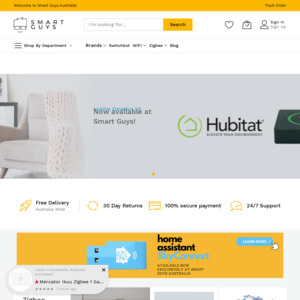