Not all time low, but lowest at the moment. Shipping for me in VIC is only $3.95.

Edit: Use code FREE1PO for free shipping (thanks to user Danny N).

Edit 2: the next day I received this disappointing email:
Thanks for shopping with us. Your order of SA2000M81000G (Kingston A2000 1TB SSD) is an End Of Life products and not available from distributors. The stock level of this product showed incorrectly due to temporary system glitch. We would like to offer a substitute model for your order as SNVS/1000G (Kingston NV1 NVMe 1TB) . We are currently selling it at a higher price, please see link below for your reference:
https://www.flashtrend.com.au/ssd-kingston-nv1-1000gb-pcie-3... Please let us know if you want choose SNVS/1000G to replace your order. Alternatively we will cancel your original order and process refund within two days. My apology for any inconvenience caused and please let us know your option soon. 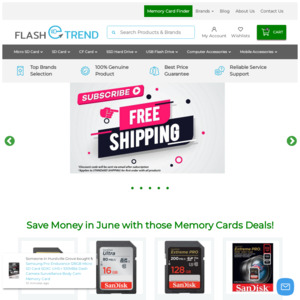 Kingston A2000
by Kingston