Only one left at Amazon but some for 10c more at Anaconda
where it’s $20. Similar model to this now OOS Coleman 16 can deal
except cooler is collapsible and rated to 30 hours rather than 24 (as precise as those ratings can ever be). Better value on a “per-can” basis than latter’s 16 and 30 can options.

I’ve eyed this particular model for storing perishable goodies from markets because it folds flat, which is especially handy for regional weekend trips when boot space has already been gobbled up by suitcases. 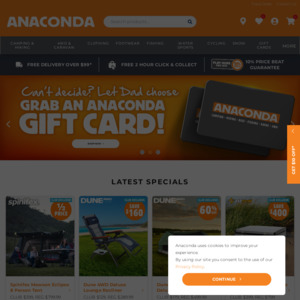