From the deal page
All Fonts Collection – Mega Typeface Bundle is here with an incredible selection of nothing less than 459 fonts (460+ font styles in total)! This free collection will work great with any type of creative project, as it offer a great range in style, thickness and themes!

This monster pack includes premium fonts and is valued at a staggering $6007. But for a limited time only, you can get it for FREE! Download it now, before it expires. 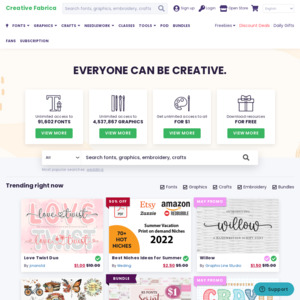