This was posted 10 years 3 months 4 days ago, and might be an out-dated deal. 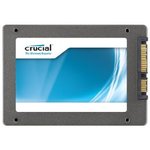 The body of your bargain is too short. You need at least 10 words.

Mod: Removed expiry as deal seems to be available again.