Okay, this will be a very niche product.

The preorder price for the BMS, the bluetooth dongle and the screen is $250, but we're looking at raising that price to $299 once they're here. Which is still very good compared to other Australian stock.

This is a custom BMS (battery management system) that we're getting JBD or Jiabaida to develop specifically for us. The highest capacity smart BMS they currently make is 200A, however we've got quite a few customers that want to run a 3000VA inverter and the 200A is just a bit small for that. That's why we're getting this 250A BMS made.

They're expected to be ready late next month and the price includes shipping, GST and 12 month warranty.

If you want to learn more about this or lithium batteries in general, please see our Facebook group. 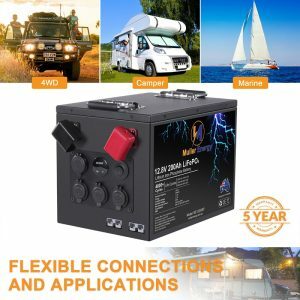