This was posted 5 years 4 months 24 days ago, and might be an out-dated deal.

More free parking in the Sydney CBD via Secure-A-Spot

After exploding in popularity in Melbourne, our partnership with Secure Parking has now been extended to Sydney!
Free parking in the CBD and surrounds, every day of the week! Complete your dining-out experience with free, 'no worries' parking through the Secure-A-Spot service! Download Liven to claim your unique promo code, allowing you to park free either midweek (after 4pm) or weekends (all day) at Secure’s locations in Sydney!

Combine with this deal for 6 months free Premium Liven!

Referrer and referee get $10 credit. 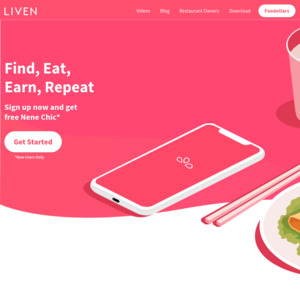