This was posted 3 years 6 months 18 days ago, and might be an out-dated deal.

The latest $1 vinyl offer from The Music Vault.

'blackSUMMERS'night' is Maxwell's first album in seven years. It is the second instalment in a musical trilogy that began with 2009's platinum-selling, 'BLACKsummers'night,' which debuted at #1 and was one of the year's most critically lauded releases.

The singer and songwriter recorded 'blackSUMMERS'night' in New York over the last several years.

"I'm working with all of the same people on the new album. It's always been a family type of thing, and I think that that's what, maybe, has made it special. It feels, to me, even better than what we did twenty years ago," he said recently.

To date, Maxwell has achieved 13 gold and platinum certifications from the RIAA.

All the Ways Love Can Feel
The Fall
LP - SIDE B

III
Lake By the Ocean
LP - SIDE C 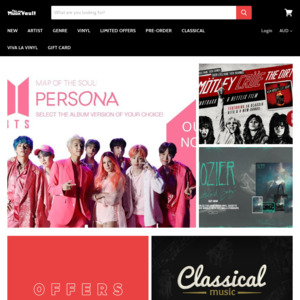