This was posted 3 years 7 days ago, and might be an out-dated deal.

$5 off Voucher for Bible Colouring In Pages @ Sweet Honeycomb 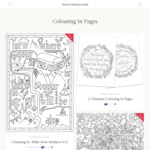 If you like the Koorong deals you'll love this one. Use the voucher code for $5 off at the checkout for a bunch of different colouring in page downloads. All are hand drawn pieces. 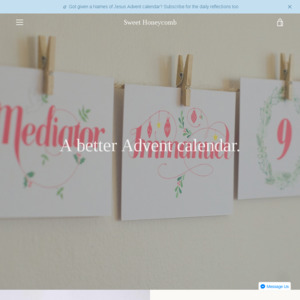