Slight discount again from previous Tech Mall deal for the new(ish) Radeon 5700. Still the reference card which bugs some people, but a whole lot of performance for mid-tier money! 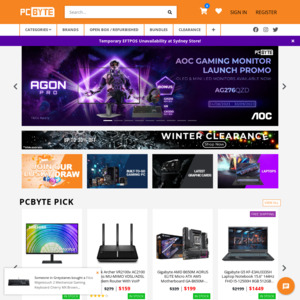