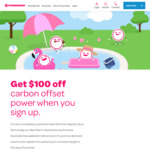 Get $100 off carbon offset power when you sign up.

Don't see any expiry date on the offer pages.

The $100 will be applied to your Powershop account in four installments of $25. To receive the initial $25 off, you need to join via this page on or before 31 January 2020.

Each $25 off is not available in conjunction with any other promotional offers available through Powershop from time to time. You can contact Powershop through www.powershop.com.au or by calling 1800 462 668. 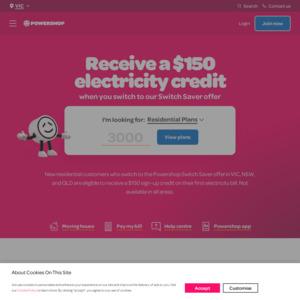