This was posted 1 year 2 months 9 days ago, and might be an out-dated deal.

Similar to deals in the past, kegland have the 2.6kg CO2 cylinder for $66.95.
They also have stock of the 36 inch adapter for Sodastream https://www.kegland.com.au/freedomone-sodastream-adapter-hos... 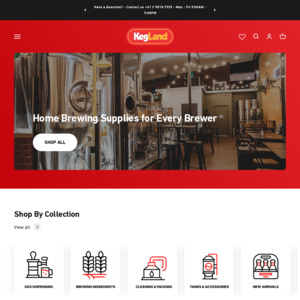