Saw this at The Verge.

Watchmen premiered nine months before the recent mass protests against systemic racism and police brutality happened around the world, but the show feels more timely than ever. Now, HBO is making the entire nine-episode series available to anyone to watch for free this weekend.
The network is making the episodes free as “an extension of the network’s content offering highlighting Black experiences, voices and storytellers,” according to a press release, adding that HBO is proud to offer the “timely, poignant series that explores the legacy of systemic racism in America” to anyone who wants to watch

NOTE for anyone concerned normally free episodes on HBO don't require VPN.
Starts on the 19th in America which around 2pm today. Will update time and link later if it changes.
Great series from what I've seen and sadly only the one season. 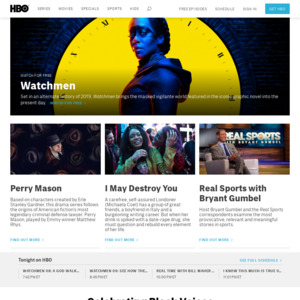