Some great cashback available through Boost Your Super at Amazon for a short time including Electronics & Games and new category Wine, Beer & Spirits.
We pay the cashback straight to your super account so it can grow as a few dollars today can be worth much more in +20 years. 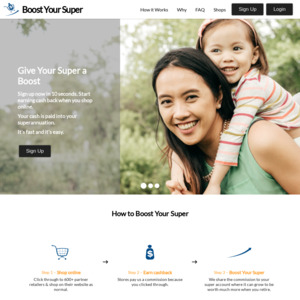