Previously expired deal, but there is now more stock.

I took delivery of my TV today and it looks great.

Delivery was $55 in metro Melbourne. Most of my local good guys stores had stock from what i could see.
I believe you can pickup instore to avoid the delivery charge if thats an option for you.
The 65 X9000H is not on the commercial site, but i understand they can quote via email for you (and its on the normal good guys site).

I got my Good Guys commercial access via SunSuper. 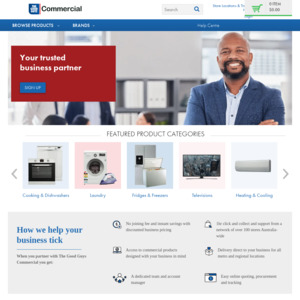