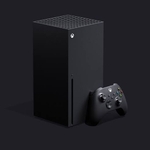 I just wanted to share with you my amazing find.

I attended EB Games at Swanston St, Melbourne in the city 30 min ago.

Went into buy a Series S and the girl offered me a Series X where they just had stock arrive today.

Can't confirm how many are left but may be worth a call up! Maybe other stores in the area also have them. Goodluck!