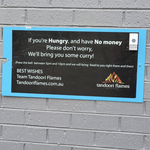 Contacted by the owners again to push this during lockdown. Can’t speak highly enough of their generosity. Please stay safe, and enjoy :)

Peace begins when the hungry are fed. One person can make a difference and here we are at Tandoori Flames trying our level best to feed the needy. This Pandemic, we are doing our best if you are hungry and have no money, don't worry, we have food for you!!! If you're hungry and have no money, please don't worry, we'll bring you some curry! Press the bell between 5-10pm, and we'll bring the food out to you. 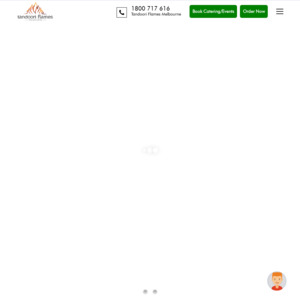