This was posted 8 months 26 days ago, and might be an out-dated deal.

Have had heaps of enquiries on when the next Dell ebay promo will be - here it is.

First, the bad news. The rising costs of parts globally means that some of the products (including monitors) have increased in prices. I am still trying to negotiate the prices to be lower but it's a slow process (better than just getting fed deals to post, right?).

Offer Period. This offer commences at 10:00AM AEDT on 19 November and is available for a limited time only (“Offer Period”). eBay reserves the right to cancel the offer at any time.
Conditions. This offer entitles you to 20% off the pre-coupon purchase price (excluding postage costs) on Eligible Items during the Offer Period, with up to a maximum discount of $1000 per transaction. Multiple items may be purchased in 5 transaction (up to a maximum of 10 items per transaction).
“Eligible Items” means items listed at Dell Australia on eBay.com.au where a link to these terms and conditions and the coupon redemption code PLSDELL is found in the item listing, or the item appears in the following URL:
//www.ebay.com.au/e/coupon-offers/20-off-dell-nov21

As announced on Best Aussie Markdowns. 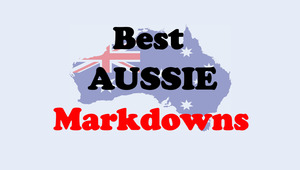