Fiji Kava 30 capsule packs are 65% off as part of their Black Friday promotion.

Also, the code FIJICALM will get you 15% off your first order.

Kava capsules help calm the nerves and relax the mind. Extensively studied and proven to be helpful for anxiety, insomnia - or if you need help to chill out. They are made from an extract of the root of the Kava plant (piper mysticum) used in Pacific Islander traditional medicine for over 1500 years. 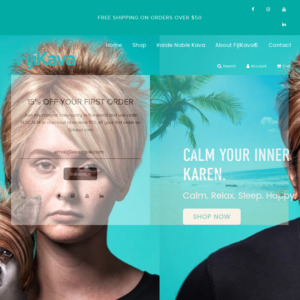