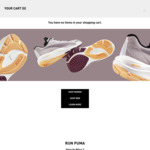 A great Family & Friends offer from PUMA until April 27. Apply code CASHREW50 at cart for discount. If an item is already discounted, you still get an extra 50% off. Stay safe, and enjoy :)

CASHREW50 code valid until 27th April 2022, and while stocks last. Offer valid against all eligible items - any ineligible items will have a flag denoting 'EXCLUDED FROM PROMOTIONS'. For full list of exclusions, see the exclusions page on PUMA's website. Promo code must be applied at checkout to apply discount. Without use of promo code, offer will not be applied to sale. Offer valid for 50% off full price and an extra 50% off sale items. 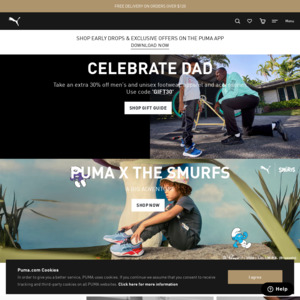