I'm not sure how many of you will actually do this . But it sounds like a bit of fun. Vote this weekend wearing your Budgy Smugglers. Head to instagram #smugglersdecide and they will send you a free $65 voucher.

The election is coming in hot and while we don't mind who you vote for, we do want you to exercise your constitutional right to vote without pants on.

To encourage this we'll give a free pair to anyone who:

🗳Votes in their Smugglers or Smugglettes
🗳Captures a photo similar to this one
🗳Posts to socials with #SmugglersDecide by 3pm this Saturday 21st of May.

We'll send through a credit for $65 to all those who participate on Monday morning. 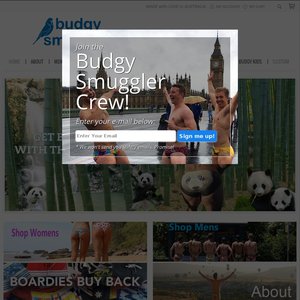